Holy Moly!!!!! What a great experience! Last night I visited the Planetarium in Cusco. I was picked up from Plaza Regocijo in Cusco. A bus took me and a small group of other visitors to the small planetarium hidden in the hills behind Sacsayhuaman. The drive to the center led us through some wooded and winding roads out of the main city. As we drove there, the sprawling sea of lights started to disappear. The sky was getting dark and turning a beautiful purple colour. It was like it was inviting us to the heavens.

José introduced himself, he would be our guide and host for the evening. He was a wonderfully passionate and friendly young man. One of the first things that struck me about him was he was so knowledgeable for such a young man. As soon as he began to speak he drew us in, I wanted to know more and more. The Planetarium is a family run project, the Valencia family. José told us the story of his uncle, who is an astronomer. He was always teaching them about the sky, he instilled a great passion in the family for the stars and the universe. And this small planetarium has come as a result. José and his family want to share their love and knowledge with the rest of us humble souls. Their aim is to give us a better understanding of our sky and of the Inca’s sky. We live in a world that is inundated with light pollution and we use electricity 24/7. There are so many distractions today that we don’t take the time or many don’t have the time to look up and just explore what’s up there. Our world and appreciation of the sky is very different to hundreds of years ago.  The Incas, sailors, conquistadors and many great civilizations of the past had a very different connection with the sky compared to people today.

The trip to the Planetarium consists of an introduction and explanation of Inca astronomy, followed by solar system and constellation projections in the dome and finally star gazing and using the telescopes, all led by José. José’s brother Roberto will pick you up from Cusco and return you safely to the main square. His sister in law Ana is the friendly lasy who will answer all your emails and make your booking. Keeping it in the family!! 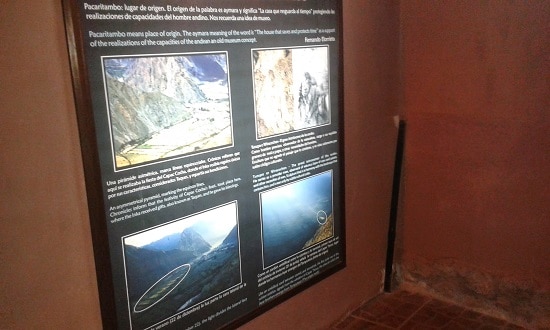 Presentations Showing How the Inca Used the Sun

Our guide introduced us to the Incas and their uses of the stars, sun and moon for agricultural purposes. José wanted us to have an understading and an insight into the workings of these expert farmers. He explained the use of the sun at the different stages of the year, namely the solstices and equinoxes. Their use and reading of the stars was paramount in the planting of crops and in weather determinations. We learned how the Incas were one of very few civilizations to have dark matter constellations. The Incas and some indigenous tribes of Australia and New Zealand used the dark areas of the Milky Way to make important constellations. Again these constellations advised the Incas on harvesting times. You slowly begin to realize how easy the world is now….the internet, Google, technology! You begin to think that “not even a devout member of green peace will ever have the same connection with the stars as the Incas did”.  The Incas spent years and years developing these routines and connections.  The heavens were their eternal guide.

View More
DISCOVER PERU LIKE A LOCAL ONLY WITH PERU HOP

Sitting, listening to these stories and explanations I had wished I had visited the Planetarium before my trip to Machu Picchu and many of the other Inca ruins in the Sacred Valley. I feel I would have had a greater understanding of the Incas, their purposes for building such great sites and what the constructions actually meant.

The projections on the dome blew me away. They were fascinating. And again José played a blinder. He made the great complicated expanse we live in understandable and so, so interesting. I wanted him to keep talking, to keep explaining, to keep educating us. He was constantly provoking wonderful, exciting thoughts and questions about the universe. He showed us the night sky of the southern and northern hemispheres.  He described eloquently the constellations of the zodiac. He enlightened us on the skies of the sailors and explorers from the past. How they built a sky of constellations to remind them of the lands they found and conquered. How they used these gatherings of stars as their guide, their navigation system.  It was captivating stuff. I hung on his every word as he illuminated the dome above us. 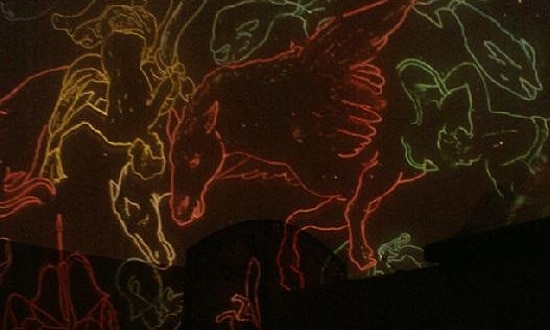 Some of the Colourful Constellations Presented To Us

We then had the opportunity then to gaze at Cusco’s night sky. It was a beautifully clear night now and heavens had gotten darker, offering us great views of the stellar space above us. What I saw in the sky last night amazed me. I felt the excitement that children feel at Christmas, when I looked through the lens of the telescope. The telescope revealed a sky that is not visible to the naked eye. I saw the crevices of the moon. I saw the brightest glow of the brightest planet in our solar system, Venus, close up. I witnessed night and day on the second brightest planet of Jupiter and three of its glowing moons, aligned neatly to the right of it. We found many constellations and discovered the true Southern Cross. We saw our nearest star, Alpha Centauri, which is a triple-star system. José pointed out the brightest star in or sky, Sirius. The final thing I saw through the telescope blew me completely away. One of José’s helpers skillfully spotted Saturn, to the east of the planetarium through the trees. Don’t ask me how. But I’m delighted he did. The sight of it was exceptional. It was a beautiful bright blue-ish planet with an extremely clear sight of its rings. Something I guess I never thought I would witness with my own eyes, in real life. Needless to say I left the planetarium a very, very happy girl! 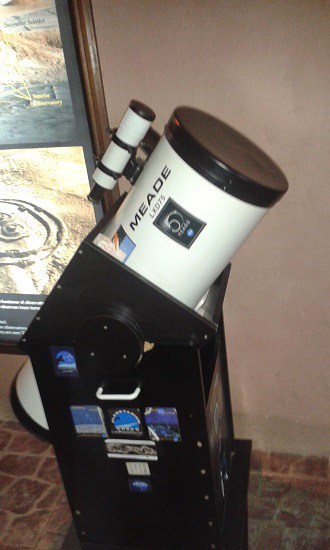 The Telescope USed to Look at Cusco’s Night Sky

On leaving, José endeavored to invite us to try build that connection again. Even though our human minds will never fathom the great size and expanse of the universe. He asked us to not forget where we are and how important our little planet is. He called on us to again appreciate the great world we live in. To look up. Take it in.

It was a wonderful and unforgettable experience, made so by José and his dedicated family. For anyone in Cusco, make it your business to spend an evening with the Valencia family at their planetarium. Le them educate and open your mind back up to the great universe we live in. I assure you, you will leave smiling!

A visit to the Planetarium costs 50 soles for adults and 30 soles for children.