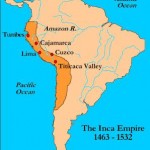 The Inca Empire which once dominated South America is now only a distant memory. Once a civilization of great power and influence, the Incas came to a sudden demise in the 16th century after small army of Spanish Conquistadores successfully invaded the continent. The Incas never developed written communication, and only chronicles written by the Spanish conquistadores offer an insight into the lives of this mighty empire.

It is thought that the Inca Empire started around the 13th century in the highlands of the Andes. The Empire grew and stretched a vast area along the west coast of South America; from Quito in the north to Santiago de Chile in the South. Quechua was the official language of the Inca´s, although other languages such as Aymara, Puquina, Muchik and many more were commonly spoken.

The Incas referred to their empire as Tawantinsuyu, a word in Quechua meaning 4 provinces or 4 regions, with the City of Cusco at heart of the empire. Contrary to popular belief, Cusco (not the mystical citadel of Machu Picchu) was the most important city within the empire, and was the political, administration and military centre of the Incas. Nowadays, Cusco´s busy streets offer a permanent reminder of the past, with impressive remains dotted in and around the city. 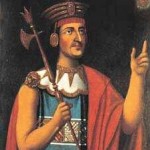 The Incas were expert masons crafting locally mined rock into precisely cut and shaped stones, which could fit together without the use of mortar. The highest quality stone work was reserved for temples and religious buildings, where the masons took time polish the stones to a smooth finish denoting the importance of these buildings. Furthermore the Incas developed a complex road system spanning some 20,000 km´s that linked the coast to the highlands, and the north to the south. These roads known as Inca Trails were constructed mainly of stone and included lodgings, temples and military posts en-route.

Although nowadays there are many Inca ruins throughout South America, the very best examples are situated in the region of Cusco, in the South of Peru. One of the most famous ruins – Machu Picchu was named a UNESCO World Heritage site in 1983, and is one of South America´s most visited tourist attractions.  However, the region boasts many other lesser known ruins like the fortress at Ollantaytambo, the mountain top ruins at Pisac, the agricultural terraces of Moray and Tipon, the recently discovered citadel of Choquequirao, Wiñay Wayna on the Inca Trail to Machu Picchu to name a few. 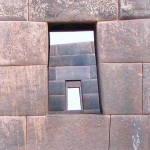 The rule of the Incas came to an abrupt end in the 16th century when an army of just 200 Spanish conquistadores lead by Francisco Pizarro invaded the continent. Although the Spanish laid claim to the fall of the Incas, it was widely considered that the empire was already in disarray, and not far from collapse. In 1532 when Francisco Pizarro was given Spanish approval to conquer the Incan Empire, he returned from Spain to find the country in civil war. The two sons of Inca Huayna Capac: Huáscar and Atahualpahad engaged in fierce disputes over newly conquered territories and power. In addition to civil war, European disease brought to the continent by the Spanish had a widespread and devastating effect 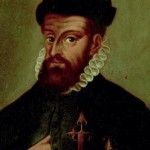 on the native fighting forces. With superior tactics, advanced weaponry and the alliance of native forces, the Inca Empire fellquickly to the Spanish.

Nowadays the Incan Empire is committed to history, and only ancient myth and awe-inspiring ruins remain for us to unravel the mystery of this epic civilization.

To discover more about the Inca Empire and Inca ruins in Peru take some time to read through our comprehensive guide to Peru. Alternatively if you are considering a tour to Peru or a Machu Picchu tour please drop us a line for more information and advice.