A tour of Lima’s revamped old quarter – founded 475 years ago – reveals how the Peruvian capital has managed to preserve its beauty.

Lima’s historic old quarter is arguably the loveliest vestige of colonial times in all of Latin America. For 300 years, during the Spanish Viceroyalty, Lima was the most prized gem of the entire continent. At the beginning of the 20th century, the city’s French influenced streets served as a runway where members of the social elite displayed their style and grace. Lima later experienced an economic downturn, but in recent years, it has begun to reinvent itself, thanks to the city’s cultural, archeological, artistic and culinary riches. And so Lima aims the reclaim its standing as one of the most historic and cosmopolitan cities in the western world.

Here are seven essential recommendations for anyone travelling to Lima, brought to you by the most informative online Peru Guide. 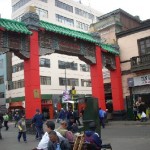 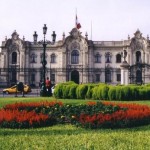 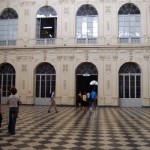 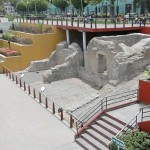 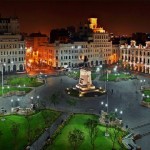 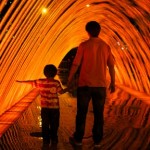 Chill in the sunshine by the pool at Pool Paradise Lima

Being the only hostel in Lima with a Pool, this new hostel is perfect for all types travellers as it has rooms varying from 12 bed shared dorms to twin-bed private ensuite bedrooms. This hostel located in the heart of Miraflores district is perfect to relax by in the sunshine with the barbeque and lounge also in the garden. 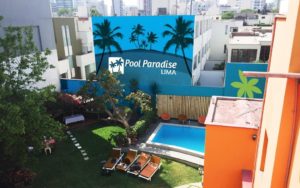 Named after the conquistador Francisco Pizarro, who orders its construction in 1536, Casa de Pizarro is once again open to the public. Given the historic importance of the seat of Peruvian government, this building clearly had to be more than just a headquarters of the administration in Power. So following a 20-year effort, the building was opened to the public for guided tours that allow visitors to appreciate at its mysteries and secrets.

Known as the Presidents café, this restaurant isn on the list of the not-to-miss spots in South America compiled by (that other famous guide) the Lonely Planet. More than 100 years old, Cordano one of the oldest restaurants in Lima’s old quarter and is considered a historic monument by the National Institute of Culture. Located across the street from one of the Palacio de Gobierno’s side doors, this restaurant serves local specialties like tacu-tacu, a traditional Lima dish of beans and rice fried together in a crispy pancake – at Cordano, it’s called “Acorazado de bolsillo.”

The Palacio de la Exposition – the building that houses the Museo de Arte de Lima (MALI) – is one  the  most beautiful examples of the city’s eclectic architecture. In fact, in 1973 the building was declared a monument of the nation’s historical and cultural heritage by the National Institute of Culture.  Nonetheless, this glorious structure was abandoned amid the chaos of Lima’s traffic for many years. Thanks to restoration efforts in 2008, however the MALI’s imposing French figure today looms large in the city’s downtown area. The MALI features the best cultural offerings in all of Lima, including photo exhibits, ancient and contempory art, theater and presentations.

In the 1980’s , this square reflected the complexities of life in Lima. But nothing truly ends, it is only transformed: today, Plaza San Martin – five blocks from the Palacio de Gobierno, on the street Jiron de la Union – is a thriving nexus of tradition and experimentation. By day, the cultural offerings in the general area include tournaments of Peruvian Stepping Horses, folk-art fairs circus, theatre and excellent restaurants. At night tradition gets an infusion of youth on Jiron Quilca, where Peruvian music, rock, salsa and electronica converge.

Just like New York and San Francisco, Lima has it’s own China Town, located 6 blocks east of the Palacio de Gobierno, complete with a Chinese archway entrance, lions and brilliant red everywhere you look. The architecture, sounds and aromas transport visitors 12,500 miles away without crossing the pacific. The typical décor of this exotic area includes glazed pigs hanging in the windowns, small stands offering the trappings of eastern religions and shops galore. Take the opportunity to dine in a chifa, the name given to Chinese restaurants in Peru.

Located in the former Parque de la Reserva, 13 fountains set the Guiness World Record for the world’s largest fountain complex in a public park.  With jets of water that surpass 260 feet, the nighttime spectacle is perfect blend of music, color, light and images.