Below you will see a small sample of the wide selection of desserts & sweet treats that you can find in Peru.

Made from Peru’s unique purple corn (maíz morado), it is a dessert that has a thick gooey texture. Mazamorra morada is living proof of the mixture of ingredients and ideas of the old world and the new world. The interesting mix that produces this dessert involves boiling purple corn along with cinnamon, clove, and fruits like pineapple, cherry, peach and apricot. All these ingredients are then nicely combined within a pudding-like goo made with sweet-potato flour. 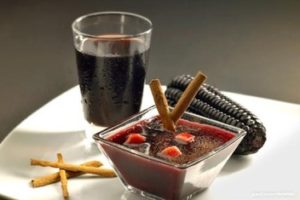 This post-colonial period dessert is made with sweet milk (manjar blanco) and meringue as its main ingredients. It was invented by Amparo Ayarza, the wife of Jose Galvez, a poet who romantically named it suspiro de limeña which translates to “Sigh of a woman from Lima”. The dessert has a light and sweet nature which goes well with tea or a small glass of Pisco, the national drink of Peru. 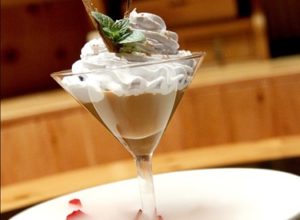 Picarones, called Peruvian donuts by some, are a type of fritter or donut which was first invented in the mid-19th century during the Spanish Viceroyalty in Peru. Unlike the usual donuts, these are made with sweet potato and squash. The mix is fried in oil and once taken off the frying pan, is topped with chancaca. Chancaca is a special type of syrup made out of raw unrefined sugar from sugarcane and usually flavored with orange peel and cinnamon. 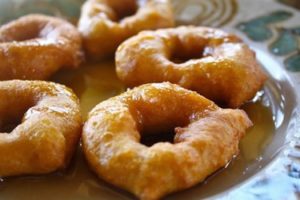 This adaptation of the Spanish nougat is flourier and it is made with butter, sugar, milk and anise. When finished baking, the cookies produced are settled in layers with brown sugar syrup flavored with fruits in between layers. Finally, it is topped with candies of various colors.

This dessert is available at any time of the year, but its production reaches its peak in the month of October, the purple month in Lima. During this month, thousands of faithful people in purple robes march in procession to celebrate The Lord of Miracles (El Señor de los Milagros), an image of Jesus Christ in a chapel in central Lima that remained intact after a major earthquake hit the city in 1687. 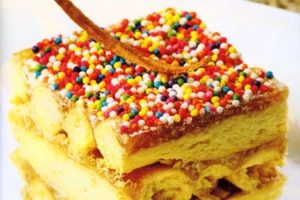 Lucuma, a native fruit of Peru, is the perfect ingredient for ice-cream. Its flavor is hard to describe as it is quite unique. Unlike other sweeteners that dissolve into liquid, lucuma powder tends to thicken the mixture creating a mellow-creamy consistency. Another great thing about it is it is low on calories. Find out more about Lucuma and other Peruvian fruits by reading our blog post “Peruvian fruits – An exotic diversity”. 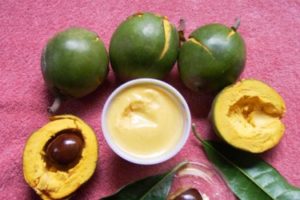 This is a dessert you might want to try for its name alone which, oddly enough, sounds like “shampoos”. The dessert is actually fruity and its name comes from the Quechua word “chapusca” meaning mixture. It is a sauce which usually contains soursop, pineapple, quince, apple and a special type of corn known as mote. Champus is served hot and it is also found in Ecuador and Colombia. 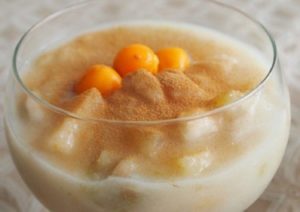 This is a traditional Afro-Peruvian dessert which combines black beans, milk, sugar, chancaca and spices. The right consistency for this dessert is achieved by removing the skin of the beans. Moreover, the resulting purée is blended with sugar and chancaca and finally topped with roasted sesame or ground cinnamon. The interesting thing is that, when finished, the beans’ flavor is surprisingly unrecognizable. 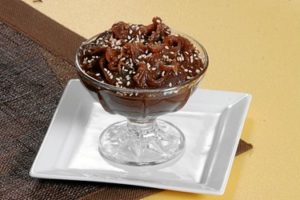 If you’re looking for more information about where to eat, best treks to do, transportation options, and much more, check out our guide to Peru for everything you need to know.