Internationally recognized as one of the world’s most bio-diverse areas, Manu National Park covers what equates to half the area of Switzerland. Within it, there is an incredible hidden world of flora and fauna, as well some small settlements of virtually uncontacted human communities who have cut off from their larger tribal groups. The region, created in 1973 as a national park and declared a UNESCO World Heritage Site in 1987, is more difficult to access than Tambopata or Pacaya-Samiria. However, upon getting there, you will soon realize how precious the surroundings are.

Ranging from the heights of the cloud forest down to the meandering brown waters of the humid tropical rainforest, it is no wonder that the park is home to such a wide spectrum of plants, trees, mammals, birds, reptiles and much more.

In addition to the biological diversity that exists in Manu National Park, the area is held in high esteem historically, with many experts claiming that it was the final refuge for the Incas upon the arrival of the Spanish. Many legends are told about the lost city of Paititi being located in the region, making it an attraction for many interested visitors over the years.

The wide range of flora and fauna in Manu National Park is largely a result of the varied landscape across its 1.5 million hectares. There are different ecological areas, ranging from the High Andean Plain to the Low Tropical Rainforest. The high plains, also referred to as the Puna, drop down to the humid montane rainforest or cloud forest. This area stands between 2,500 and 3,800 meters above sea level, and is characterized by beautiful, lush mountainsides and spectacular waterfalls.

Below this level lies the humid tropical rainforest, extending from 80 – 2,500 metres in altitude. Here, temperatures average 24 degrees celsius and flora is abundant. The lowland tropical rainforest has a maximum altitude of 300 metres and is full of amazing fauna, palm trees and evergreen trees. 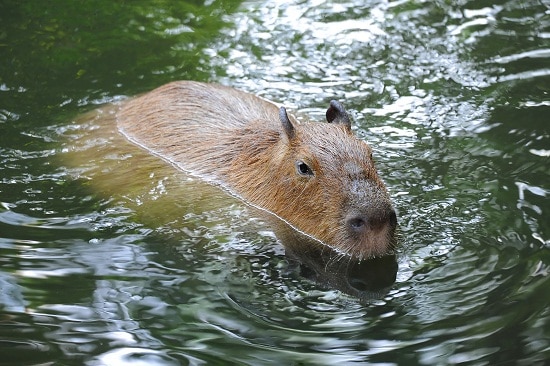 Fauna is plentiful in Manu National Park. With 1200 species of butterfly, 1000 different types of bird, 200 mammals, 50 reptiles, 140 amphibians, and 200 types of fish, among many more, the region is pretty much unrivalled across the entire South American jungle.

Among the mammal families, the capybara is most commonly found. This is the world’s largest rodent and, while it does not hold super model status in the animal kingdom, it is certainly an amazing creature to catch a glimpse of! There is also a high presence of felines in the national park, most notably the puma, yagouaroundi, ocelot and jaguar. In reality, however, it is unlikely (but not impossible!) that you will see these magnificent cats, as they tend to lay low and roam at night.

Larger mammals that you are far more likely to find include the giant otter and the Brazilian tapir. The giant otter, which can be as big as a fully-grown human, roams the clean, clear waters of the oxbow lakes. The presence of this endangered creature is a reflection of the environment of Manu National Park, as they only live in clear water where fish is plentiful. The Brazilian tapir is the park’s largest mammal. While you are still not guaranteed to see this fascinating, herbivorous animal, there is certainly a greater chance in Manu National Park as you keep an eye on the riverbanks at dawn and dusk.

The primate family will give you something to smile about too. It is a popular place to spot monkeys, and you can enjoy the sight of capuchins and black spider monkeys swinging from tree to tree. The wooly monkey, rare in other places, is also plentiful. Other common primates to the region include the yellow-tailed woolly monkey and the night monkey. The latter has been spotted by a high percentage of night hikers in Manu National Park.

There are seven species of macaw bird to be admired in the park. The most common of these is the scarlet, and blue and gold macaw. The hoatzin, with its unique feathery look, is also a popular bird. Visually, visitors find it extremely impressive, although those with a strong sense of smell should approach with caution! What is worthy of note is that Manu National Park protects many endangered species. The Cock of the Rock is one of these. The national bird of Peru, with its loud call and unique look, is largely found in the higher lands of the cloud forest.

The spectacled caiman is another prominent feature of the biosphere and is easily found on riverbanks at nightfall. Less certain in terms of visitor sightings is the black caiman, a larger predator that lurks in the oxbow lakes.

Finally, a must-see is the morpho butterfly, whose striking blue wings add to the vibrance of the area along the riverbanks. 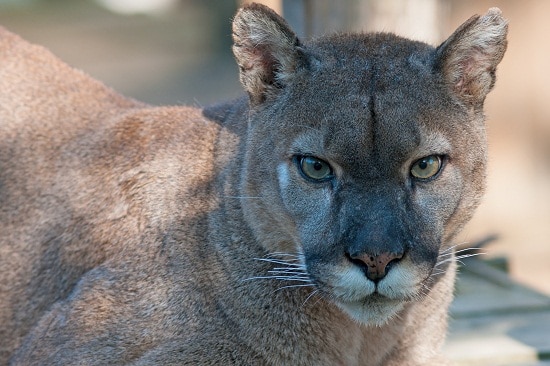 Equally impressive as the fauna in Manu National Park is the region’s abundant flora. The statistics are mind blowing; almost four and a half thousand species have been registered, with 1,191 genera of plants. Within one particular hectare 250 different types of trees have been discovered. Palm trees are a common feature of the lowland tropical rainforest. Among these, the moriche palm and acai palm stand out, particularly in the flooded areas of the jungle. Other types include the cedar, mahogany, tornillo and rubber trees.

Getting to Manu National Park

Manu National Park is divided into three zones. Zone A is by far the largest section and this is almost completely impenetrable apart from exceptional cases. Zone B is where you are most likely to find yourself, as it permits official guided supervised groups. This part of Manu, also referred to as the Reserved Zone, stretches from Boca Manu to the River Panagua ravine. The final zone is where conservation activity and study takes place.

Getting to Manu National Park can be quite a lengthy process, although in recent years this has become easier with the opening of the airstrip at Boca Manu. It is a 40 minute plane journey from Cusco. Upon landing, you transfer by boat to your jungle lodge, which can take between one and five hours. Many tour operators get there by flying to Puerto Maldonado and transferring on fast boat (4 – 6 hours).

The overland route from Cusco is long but incredibly scenic. The first stage of the route (5 hours approx.) takes you to the beautiful town of Paucartambo, with spectacular panoramas en route. From this point it is another 25 kilometers to the reserve’s southern tip as you begin to descend to the jungle town of Pilcopata. A couple of hours down the road you will find the smaller village of Atalaya. The route continues another two hours or so to the river port of Itahuania. This is where the road finishes. The rest of the transfer is by boat for some 55 kilometers to Boca Manu, where you gain entry to the national park.

Undoubtedly the various trail networks are the highlight of Manu National Park. It is through these activities that you can encounter some of the most astonishing wildlife that the reserve has to offer.

A visit to the Cocha Otorongo Lake is also a wonderful opportunity to witness the giant otters and observe their amusing behaviours. This activity can only be done from a floating platform on the lake. There is generally a considerable amount of competition for this privilege among the various groups that visit Manu, and your guide must book the maneuverable platform in advance.

With the rain and humidity in Manu, your clothes are likely to get wet during the day. It is, therefore, important to always have a dry change of garments ready in your jungle lodge at all times. For daytime wear, it is advisable to take light, long-sleeved clothing that will dry quickly, along with a hat and sun glasses. Your tour operator may supply you with boots and ponchos.

Clothing aside, sun cream and deet based insect repellant are essential. Torches and toilet paper are generally provided by the lodges, but it is no harm to bring your own just in case. In the virgin jungle, you may have to take a break from Facebook for few days. Therefore, it is recommended to take something for nighttime entertainment, such as a book. 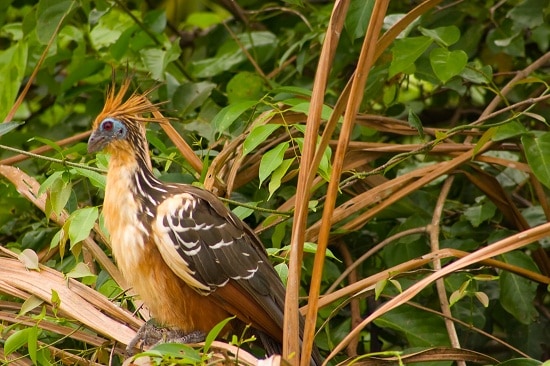 Firstly, it is always advisable to consult a travel doctor prior to a visit to a tropical region, such as Manu National Park. The yellow fever vaccination is not a mandatory requirement for entry to the reserve, but is highly recommended nevertheless. Most visitors also take anti-malarial tablets even though there is an extremely low risk of contracting this.

Because you will be spending time in a remote area, you should always come prepared with basic medication such as diarrhea and headache tablets.

There are two main seasons to consider when visiting any part of the rainforest. The dry season runs from around May to November, with the wet season spanning from December until April. Each season has certain advantages.

During the dry season the jungle trails can be slightly easier with the firmer ground. Temperatures are higher during the day and, while this can be nice at times, it can also bring unbearable midday heat. With the lower water levels, boat rides tend to take significantly longer.

During the wet season waters rise significantly and, in theory, animals are spread over a smaller land area. It is also a better time of year to spot reptiles and amphibians, while bird activity may be higher with the cloudy conditions. However, the increased rainfall can potentially affect your enjoyment. You can also expect a lot more mosquitos around this time.

As far as spotting wildlife goes, do not let the season influence your decision on when to travel. The reality is that the quality and experience of your guide makes the real difference. A little bit of luck always helps too!

Suitable for What Ages

Some lodges have policies with regard to the minimum age. However, eight years old and above is generally fine. What’s more, Manu National Park can be a perfect spot for children to fall in love with the miracle of nature. Jungle trails are not too taxing and, therefore, there is no maximum recommended age, as long as you are healthy and adventurous at heart. 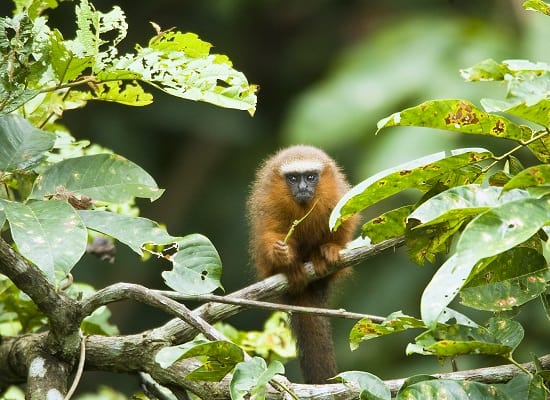 Lodges are similar to those in other parts of the amazon rainforest. Accommodations are fairly basic but comfortable. They are usually wooden cabins with bug screens for windows. Inside, mosquito nets surround the beds and there is generally a toilet and cool shower which, in the humidity of the jungle, is ideal. Beds are generally comfortable and many lodges provide a limited amount of electricity per night.

Most jungle lodges include breakfast, lunch and dinner. Cooking facilities are often basic but standard of cuisine is quite high. Vegetarian options are available, but you must inform the operator in advance.

Human settlement is both fascinating and somewhat mysterious in Manu. Traditional ethnic groups, such as Machiguengas, Yora, Harakmbut and Yeni are well-documented. However, there are also other groups that have not been contacted by the outside world to date. The presence of such groups as the Amahuacas and Yaminahuas has only been referred to by other better known groups like the Machiguengas. There are also other groups that have taken complete refuge in the thickest parts of the virgin jungle.