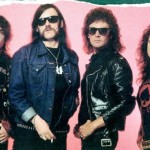 Motorhead concert confirmed for April 26 at the Monumental staduim in Lima.

One of the most famous bands in musical history will be in concert in Lima, giving the public the best of classic albums like ‘Ace of Spades’, ‘Overkill’, among others.

The band considered as many as the pioneer of trash, Motorhead, will take thier best musical repertoire to the square of the Monumental Stadium April 26, 2011.

The ticket is available from today in all parts of Teleticket, Peru.