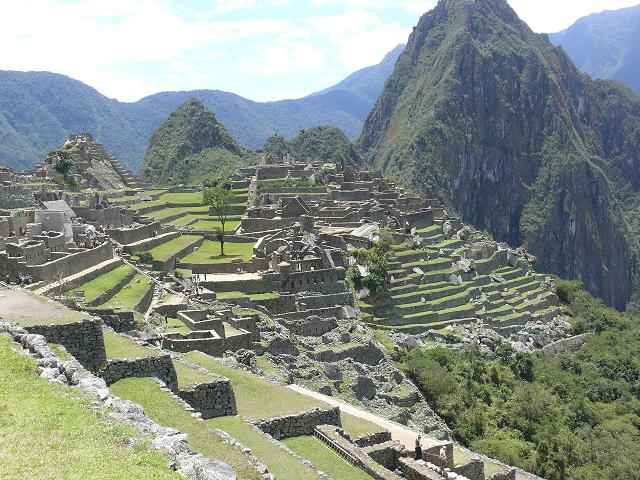 Next year Machu Picchu celebrates its hundredth anniversary since its formal discovery. What are the expectations for business?
High expectations, which is why we are already working on Machu Picchu’s re-launch, with strong media content. What we’re looking for is a similar wave of growth of visitors that was generated in 2007, with the announcement of the new seven wonders of the world, which was hurt by problems of nature the beginning of the year.

Among the plans, will there be improvements of roads or a new entrance to Machu Picchu?
The first thing that we are going to do is fix the town of Aguas Calientes [the town at the base of Machu Picchum, also called Machu Picchu Pueblo]; we will work on their facades and public spaces. We have also asked the government for an impact study to find new business possibilities. However, we doubt this will be ready for the hundredth anniversary.

What will be the most important activities?
We are organizing an exhibition on native birds in November, and in December, we will have an open event on spectacled bears. In February, we will have the orchid International Seminary since there are 200 varieties of these exotic flowers in Machu Picchu. In May, we will discuss the impact of tourism on Machu Picchu, for which we will bring experts from other reserves such as Galapagos.

And in July, you will have the main event…
Exactly. The event will begin July 7, the main day of the hundredth anniversary, and it will last five days. We are preparing a show that will undoubtedly give something to talk about, with a traditional theme where there will be a flight of the condor, lights and more; all this from the highest point of Machu Picchu, in a presentation for 500 people.

Will the international press be among those 500 participants?
We have invited 200 media outlets to visit us during those dates with all expenses covered. Among this group there are journalists of the most important newspapers of Spain, United States, England, as well as important channels like ABC and BBC. The national press will, of course, be part of the event too.

How will Peruvians participate?
It will all be transmitted live on national TV and, simultaneously, there will be activities in Cusco’s main square, as well as in Lima and many other provinces so that every Peruvian can see it and feel proud.

How many visitors will we have this year, considering the temporary closure due to rains?
Not even 450 thousand tourists. Almost half of our total capacity. That is why it is important to double this number for next year and we seek to do it with this big event.