Jorge Chávez International Airport, located in the Callao District of Lima, will be many people’s first point of entry into Peru and into South America in general. Unfortunately, the airport is not very centrally located and the surrounding neighborhood has the reputation of being one of the more dangerous areas in the city. The center of tourist life (including most hotels and hostels) is more than 20km away in the district of Miraflores. So what is the best way for newly-arrived travellers to get safely from the airport to their place in Miraflores or the nearby district of San Isidro? Let’s examine a few options. 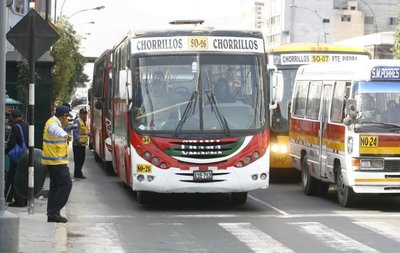 I won’t mince words here. The public transportation in Lima is awful. This is not New York or London where you can just read a map on the wall and arrive at your destination safely and easily. Lima has expanded so rapidly due to migration from other provinces of Peru that its urban planners have not been able to keep up with it. The resulting mess of micros, combis, colectivos and trains is both confusing and scary for a first-time visitor. It’s also not unheard of for pickpockets and other scam artists to target unsuspecting gringos (a common Spanish word for a foreigner). I would strongly advise against attempting to use public transit unless accompanied by a local friend.

Quick Tip: The best place to taste a little of each corner of Peru is with the Peruvian Experience in Lima! Learn how to make typical Peruvian food and cocktails, dance like a Peruvian and fall in love with the country! 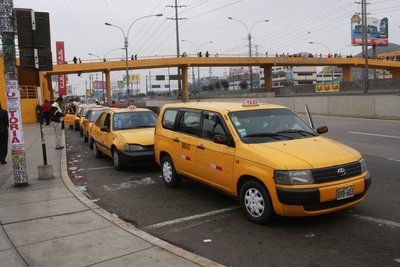 While taking a taxi is certainly less confusing than taking public transportation, it can still be a bit daunting if it’s your first time in Lima. Inside the airport, just after you pass through customs, there are a handful of taxi companies with kiosks offering direct passage to Miraflores or San Isidro at a flat rate (usually around 70 PEN). These are generally pretty safe options, but be advised that your driver is unlikely to speak any English, so come prepared with a map or directions to your lodging in Spanish.

Once you step away outside of the airport is when it becomes a little more confusing. It can be quite difficult to distinguish officially licensed taxis from private vehicles that are masquerading as taxis. If you end up in an unregulated taxi, be prepared to haggle with the driver, who may demand an exorbitant rate for the ride. Your safety is not guaranteed either — robberies and “express kidnappings” have been known to happen.

All in all, a taxi ride is definitely a better option than taking public transportation, but it’s not without its own risks. If you plan to take a taxi, make sure you are well prepared with directions and make sure the price is agreed on before you enter the vehicle. Make sure to only ride with reputable officially-licensed companies, preferably from one of the kiosks inside the airport. 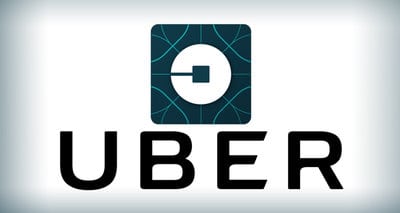 Due to conflicts with taxi companies and local authorities, Uber is not officially cleared to operate a taxi service in Lima. It’s generally okay to order Uber rides within the city, but coming from the airport is a different story since clearance from authorities is needed for the driver to enter the airport. You may get lucky and have a driver who is able to pass security without a problem, but don’t be surprised if he ends up stuck at the gate either. For this reason, Uber is not the most reliable option to get to Miraflores or San Isidro at this point in time.

Airport Express Lima is a new company offering a shuttle service between Jorge Chávez International Airport and Miraflores or San Isidro (you can take it both to and from the airport). The tickets are available for $8 USD one-way or $15 round-trip and can be purchased online or at the company’s official desk. The buses run every hour, so you should be able to exit customs and be on your way in no time. Airport Express, as the airport’s only official bus service, is also without a doubt the safest option, taking you directly from the airport to your hostel.

In my estimation, this is the best option currently available to get from Lima airport to Miraflores or San Isidro. The buses are large 40-seaters with free Wi-Fi, a working bathroom, comfortable reclining seats, and television sets giving important tourist information and tips. The bus stops at several different points in Miraflores and San Isidro and the English-speaking guides aboard the bus are equipped with a detailed list of hostels & hotels, so all you have to do is tell them the name of where you’re staying and they will let you know when to get off.

Considering that a taxi will likely end up costing the same or more, the Airport Express bus gives you a pretty good bang for your buck along with what is without a doubt the option with the least hassle. I highly recommend this new and much-needed service for tourists visiting Lima for the first time.

As you can see, there are a number of options to get to your hostel or hotel in Miraflores or San Isidro from Lima’s Jorge Chávez International Airport. Hopefully, this blog has helped you to make an informed decision and choose the best option for you. With that worry out of the way, you can begin enjoying the sights and sounds of the City of Kings!