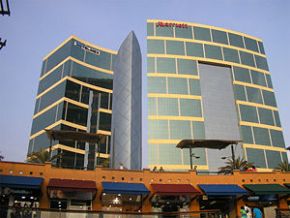 The Marriott hotel in Lima recently celebrated its tenth anniversary and redecorated all 300 rooms, common spaces and restaurants . Now finished, it is time to look into the future. Alfonso Brazzini Díaz Ufano, general manager of Inversiones La Rioja, the company that operates the Marriot, says the outlook is very good. Here Brazzini talks about the Marriott’s entrance into Cusco and new projects in Lima.

Are problems in Cusco over?
We have all the permits we should have and, fortunately, we have managed to clean a very bad image that some political groups tried to create for us. We have complied with every requirement and built responsibly because we have the name Marriott to protect.

Do you expect to recover the investment quickly?
The hotel was very expensive to build; it was supposed to be finished in two years but it took three and a half. We have lost money with the partial paralization of the construction. It is a mistake to finance a hotel project in eight years. It has to be done for 15 years because a hotel is made to last that and more. I think we will recover the investment in no less than 10 years.

When is the inauguration?
In November 2011. We have no doubt that it will be successful the moment it opens its doors.

ENTERTAINMENT TIP: If looking for fun at night, or to watch sports during the day, or even a taste of home, visit the Wild Rover Hostels for great food, sports and beer! Entrance to their bars is free even for non-guests

Why?
Cusco wants to attract not only backpackers, but also the great volume of tourists with money. We want to attract those tourists. To do that, we have built the first hotel of an internationally renowned name, the first Marriott in the world equipped with oxygen in the rooms which will also have a 300-square-meter museum where relics found in excavations will be exhibited.

At the end of October, the Marriott hotel in Lima celebrated its tenth anniversary. When it opened in 2000, the Peruvian economy was going through a rough patch.
In addition to the economic downturn, there was 9-11; we entered the market with 300 rooms to compete with the Swissôtel, Country Club and Park Plaza, which had a total of 400 rooms all together. We doubled Lima’s offer at the moment and tariffs went down. Those were two very complicated years, especially for a new hotel.

You were the only ones who invested in a hotel in Lima, despite that?
When we first began, Marsano had a project for a Hilton which was more advanced in its planning than us. There was another project in Miraflores that fell through and another one for a Hyatt in Barranco. They all stopped. Luckily, there are more now since the city is in high demand for hotels.

La Rioja has just bought three pieces of land in San Isidro. What projects are those?
Those are three adjacent lots where we will build a Courtyard hotel for the business sector. We will begin building in the first trimester of 2011 and it will be finished in a year and a half.

As a company, you aim for business travelers?
In Lima, there are many five star hotel projects and I think that that segment will be very satisfied. But there are a lot of businessmen who look for a four star, good quality American product, which we don’t have here. That is where we come in. We will begin with this one and then we will build another one in Surco. Next, we will go to the provinces. We are evaluating Cusco.

The city of Cusco itself?
Not the historic center. First of all, because we do not want any more trouble like we had with the first hotel we built there. Besides, a business hotel with the same commodities of a five star hotel but at a lower price cannot be built on such expensive land. The one in San Isidro is an exception.

What is the total investment for the courtyard in San Isidro?
Around US $20 million for a 150-room hotel.

Will it be the same for the one in Surco?
It will be done in phases there because it is a new market. We could start with a 120-room hotel and then double that number.

It has been ten years and you just bought land in Lima. Did the problems you had at the beginning keep you from thinking about opening new businesses?
We had two years of crisis in Lima, then we became strong during three years and we bought land in Cusco, that we then sold to get a new, better one. What happens is that Marriott is very demanding when it comes to the location of their hotels so it takes a while for us to find a good one. Besides, we are used to building something and then forgetting about it, even though new things always come up and replace old ones. Our commitment with the hotel chain is to wear the five stars with pride.

Could more hotels be built in Miraflores?
There is room as well as interest and results. The areas in Miraflores where there are hotels have been modernized. We have not discarded the possibility of opening a Courtyard hotel there and, if the economy continues this way, we will bring a Ritz Carlton to the capital.

Who are the people that come to the Marriott in Lima?
In our case, we attract the corporate sector, but the problem is that during weekends our guest numbers drop drastically. What we are trying to do with the hotel in Cusco is to encourage the traditional tourist to spend weekends in Cusco and the rest of the week in the capital.

Lima for tourist, however, is still a city to only pass through…
But as long as they come during weekends, it’s perfect for us.