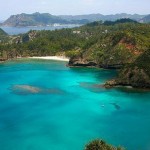 Are you planning a Machu Picchu and Galapagos Tour? Then we have a month by month guide to the Galapagos to help you pick the perfect travel dates. For travel in mainland Ecuador, we highly recommend Ecuador Hop as a safe and comfortable option.