Some of you will have heard of this famous Amazonian medicine, others will have not. Ayahuasca is a medicinal tea prepared from Banisteriopsis Caapi, a jungle vine, found in tropical regions of South America often combined with other plants. It has been used for thousands of years by shamans as a window into our souls. It allows us to access deeper parts of our subconscious. 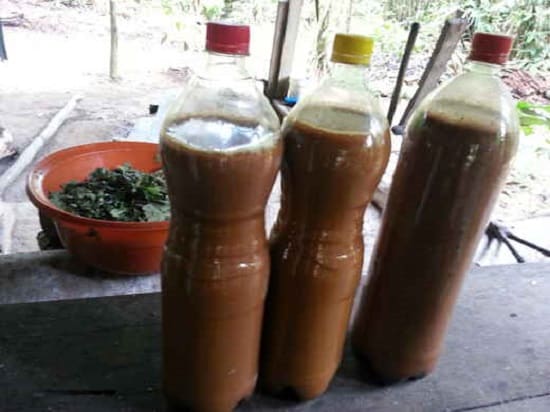 The Ayahuasca Brew Prepared by Shamans

I had heard about Ayahuasca before I came to South America, but didn’t know much about it. As I spent more time in Peru especially, I began to encounter the topic more. But still needed to know more. I did some reading and asked around. One Irish guy told me his Ayahuasca story and experience in the Sacred Valley. On a whole for him it was a great experience so he helped make my mind up. I was going to do it. And as I found myself in Cusco and only a short distance from the Sacred Valley and a friend to do it with, I decided to sign up for my first Ayahuasca ceremony. Based on his recommendation I used the Sacred Valley Tribe, based in Pisac. Signing up was easy, it was all done online through their website and email. I was given instruction on how to prepare for the ceremony and to think about what my intention was.

On a whole, I feel I am a balanced down to earth person with an open mind. I thought hard about my intention in the week leading up it. What did I want to find out? What questions did I want answered? I came up with a few, nothing too outrageous or strange. But honestly, curiosity had got the better of me more so than anything. On the day leading up to the Ayahuasca ceremony I must admit I was a bit nervous. I think my nervous feelings were based on stories I had heard and conversations I had that week with others who had never done it. I let their opinions creep into my head. Some people had said “oh it changes you” or “don’t do it if you’re already happy”. 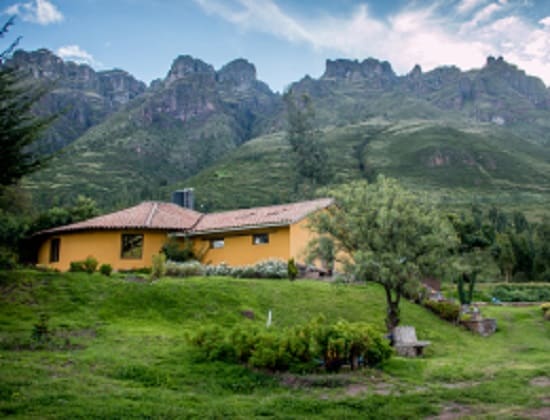 The setting, about 50 minutes from Cusco, could not have been any more beautiful and tranquil. When we arrived at the Maha Temple we found ourselves in the midst of rugged mountains and a blanket of stars overhead. I felt like we were the only people in the world. We were greeted whole heartedly by the Shaman’s wife, a friendly and pretty Peruvian women. My nervousness disappeared! She helped us set up our space for the ceremony. Each person has a small mattress, blankets, water and a bucket. There were roughly about 28 people taking part in the ceremony including the Shaman and his wife. We were advised to be there at 7pm, so as to make ourselves comfortable in the temple. Before it began at 9pm the Shaman spoke to the group about the Ayahuasca medicine. He spoke about its uses within the Amazon, how it shouldn’t be taken lightly and should be respected. He explained how the ceremony would go and what practices we should follow. He was really easy to listen to and explained things so eloquently. The ceremony would be carried out for the most part in darkness and our other senses would be heightened. Therefore he advised us to try to observe a sacred silence at all times. Ayahuasca medicine has a cleansing effect on the body and makes you purge and vomit at some stage, some more than others. We were reminded that everyone’s experience would be different as we our accessing and assessing our individual subconscious.  Our shaman recommended that we try not to fight Ayahuasca once under its influence, just to go with it and the energy it is yielding. Once he was happy we all understood Ayahuasca and its powers he began the ceremony. Each person kneels individually before the shaman as he prepares a cup of Ayahuasca for you. Before drinking the brew you are asked to take a moment to think about your intention for taking it. This is all done in silence. The shaman completes his ceremonial practices and then the room is brought into darkness.

At this point I was excited and nervous all at once. What was going to come to the fore in my mind? Who was I going to think about and what would I learn? I was ready. I sat calmly for about ten minutes before tilting my head back to lean on the wood behind me. I started to feel very peaceful and relaxed amidst the blackness and silence. Then the most vivid and extravagant colour show began in my head. This lasted for about 30 minutes to an hour, I can’t be sure as my concept of time vanished during the ceremony.  I had a full 180 degree view of colour, kaleidoscopes, shapes, spirals and animals however in the far corners of my view I could see doors opening and closing with black and white figures trying to get in. I interpreted this as darker thoughts in my head trying to take over the beautiful spectrum of colours I was seeing. I felt extremely happy and blissful at this time. 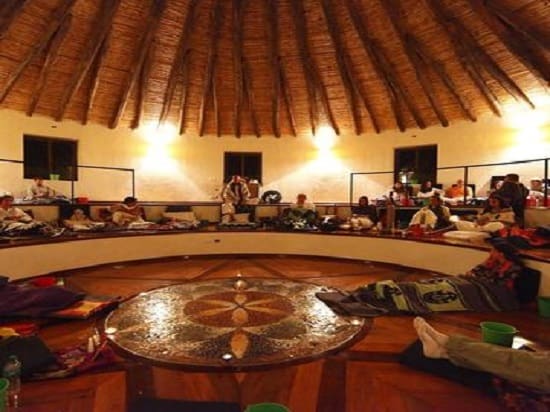 From the beginning the Shaman and his wife played and sang chanting medicinal songs in many languages. After about 45 minutes my stomach started to feel uneasy. I could taste the ayahuasca brew in my mouth again. The first time I vomited it felt awful but subsequently it actually felt good to get it out. The visions got stronger and more real from then. I started to have flash backs from my childhood, all good memories leading me into different times in my life. My friend didn’t seem to be as deep in as me at this time. I couldn’t see him but in knew he was beside me. Every time I looked in his direction I could only see the outline of him. I couldn’t see his face so my mind created faces for him, at one stage he had the face of E.T.  I lost control of my emotions, whatever feeling I felt my body allowed me to feel that. At times I could not stop my lips from curling up and smiling, at other times I had tears roll down my face without even knowing. Overall for the first two hours my feelings were all positive and encouraging.

At 10.30 the shaman lit a candle and offered a second cup of Ayahuasca. I felt quite lucid at this stage so I opted for more. My friend wasn’t feeling much affect from the first cup so took a second as well. The next 90 minutes felt dramatically different than the first. Especially for my friend. He was sucked into another universe within 20 minutes. He was hugging his bucket like it was his best friend, he vomited so much that one of the shaman’s assistants took his hand and asked him to come get some fresh air. When he was gone I felt a sense of lonliness and waited anxiously for him to come back. On his return he was still very, very high. He was definitely experiencing something different to me. He couldn’t keep his feelings inside; talking, sighing and laughing. During this time I was feeling mixed emotions but still quite positive. At one point I started to have some very personal visions and I broke into tears and couldn’t stop crying for 10 minutes. There are dark times during the experience where you think this is never going to end, I’m never getting out of this vision or feeling but then it passes. It’s important at all times to focus on you own breath to help center you again. The last hour or so were quite somber for me, I felt so content and very reflective. 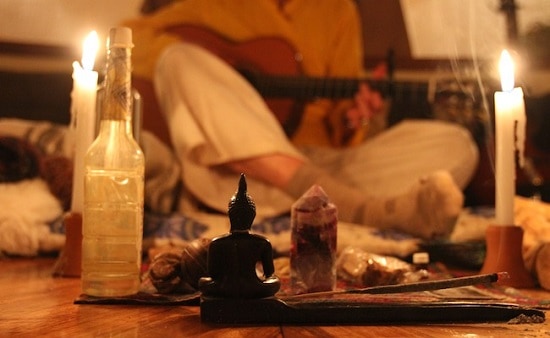 Reflecting by Candle Light and Songs After the Ayahuasca Ceremony

The shaman closes the ceremony at about 2am, with some beautiful words that tie the whole experience together. I was very glad I had taken part at this stage. My friend’s thoughts were quite different, he was still trying to figure out what the hell had gone on. We had the chance then to talk about our experiences, which were very different. I could make sense of a lot of my visions. He had some dark visions and didn’t enjoy many parts of it. He told me that when he went outside, it was very overwhelming. The stars were throbbing and getting closer to him. He could see a couple close by, the guy showing the girl something, when he looked closer the guy was dipping a bone into a bowl of blood. Still to this day he doesn’t know if that moment was real or his imagination.

Overall for me the Ayahuasca ceremony was a positive one. I did have some realizations, some big and some small, and am glad I did it. I felt safe at all times, at Sacred Valley Tribe. If you are curious and are open to discovery then it could be a great experience for you too. If you have questions you want answers to or are looking for guidance then Ayahuasca could help you. But before you venture into this deeper existence, do think long and hard if it’s for you. It’s an experience that will stay with you forever, whatever comes of it.