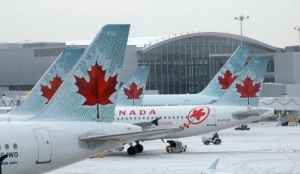 The Ministry of Transports and Communications announced Air Canada’s operations permit in Peru has been modified to increase flights, reported the financial newspaper Gestión.

Air Canada will now have up to five weekly frequencies between Toronto and Lima, to carry passengers, cargo, and mail.

The permit was modified after Air Canada requested to increase flights between both cities in December 2009. The new permit has a legal duration until December 2013.

Air Canada is the flag carrier and largest airline of Canada.

The airline, founded in 1936, provides scheduled and charter air transportation for passengers and cargo to 178 destinations worldwide.

It is the world’s eighth largest passenger airline by number of destinations, and a founding member of Star Alliance.