1)      Machu Picchu’s Royal Plaza once became a helicopter landing pad.
According to accounts by Dr. Manuel Chávez Ballón, Machu Picchu’s late resident archaeologist, in 1978 in preparation for the arrival of the king and queen of Spain, Carlos and Sofia, and by order of the Peruvian Government the Monolith Stone located in the middle of the Main Plaza was removed to allow for the landing of a helicopter. Later in 1989, during the presidency of Alan Garcia, the rock was removed once again to make way for helicopters during a meeting of Latin American leaders. During the removal process workers accidently broke the stone causing irreparable damage. The decision was taken to bury the rock. Shocking right!

2)      Two Peruvian sister’s claim that Machu Picchu is theirs!
Roxana and Victoria Abril claim that they are the rightful owners of the ancient Inca site of Machu Picchu, and are dismayed that they have to pay an entrance fee to enter their own land. They claim that their great-grandfather Mariana Ignacio Ferro legally purchased the land before it was re-discovered by Hiram Bingham in 1911. They are currently pursuing the Peruvian government for US$ 100 million in compensation as well as future profits generated from tourism.

3)      Hiram Bingham wasn’t the first to find Machu Picchu.
Although it is much publicized that Hiram Bingham re-discovered Machu Picchu in 1911, there is strong evidence that in-fact several foreign explorers has arrived there many years before. In 1874 the German explorer Herman Göhring registered the citadel on his expedition map. Later, in 1901 Agustin Lizarraga left his name engraved on a wall of the three Windowed Temple, which was recorded as part of Hiram Bingham’s findings, but later omitted from his memoirs. Some say that Machu Picchu was never lost, but merely kept quiet by locals. 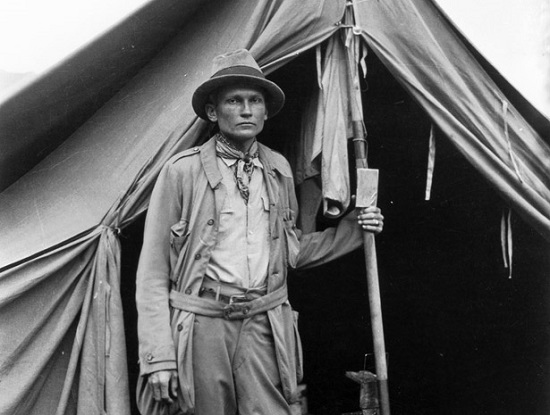 4)      Machu Picchu is also a top attraction for naturalists.
At the beginning of 2014 Machu Picchu hit the news for all the wrong reasons when an 18 year old Australian and a 30 year old New-Zealander streaked across the Main Plaza butt naked. It was later reported by local news that the pair then tried to bribe park officials in a bid to not be turned over to the police. Around the same time 2 Canadian tourists were also arrested by police for taking nude photos of each other at the sacred site. Watch out for those biting sand-fly’s people!

5)      The filming of a beer ad provoked worldwide indignation when it ended in disaster.
On September 8, 2000, during the filming of a Cusqueña Beer advert, the southern upper corner of the spiritual Intihuatana Stone was irreparably damaged when the arm of a crane fell upon it. The blame fell at the feet of the Peruvian Government and an employee of the Ministry of Culture who had seemingly given un-official permission to allow heavy filming equipment into Machu Picchu. Shocking eh! (Again).

6)      Although one of the world’s greatest archaeological sites, relatively nothing of archaeological importance was found there.
Towards the middle of the 16th century, on the orders of Manco Inca, Machu Picchu was abandoned by the Inca’s as they sought refuge from the advancing Spanish Army. In 1912, when Hiram Bingham and his team made archaeological digs at Machu Picchu, hardly anything of historical importance was recovered.  It was thought that the Incas took everything of importance with them, including hierarchical mummies from the Royal Tomb. Looters also took the blame for the remainder of anything that was left. 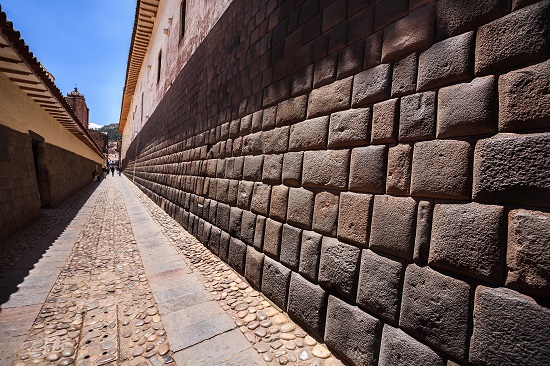 8)      The Inca’s could bring fresh fish from the coast to Machu Picchu within 24 hours – Young male relay messengers known as Chaski served as rapid communicators of messages and goods. Using the 40,000 km’s (24,800 miles) of Inca Trails, the Chaski would run at maximum speed in short bursts of 2-3 km’s passing the message or product from one Chaski to the next . This rapid postal service was considered to be the most advanced of any ancient culture, and meant that the Incas could communicate effectively throughout the empire. From Cusco to Quito (2,400 km’s / 1,500 miles) a message could be delivered in just 6 days, and fresh fish from the coastal region of Chala (near Arequipa) could be delivered to Machu Picchu is just 24 hours.

9)      Hiram Bingham initially overlooked Machu Picchu.
On the morning of July 24, 1911, led to Machu Picchu by a pheasant farmer Melchor Arteaga and a young boy called Pablito, Hiram Bingham stumbled across one of the world’s greatest enigmas – Machu Picchu. After spending just one day at the site, not convinced that Machu Picchu was what he was looking for, he packed his bags and carried on his expedition looking for the last known stronghold of the Inca’s – the City of Vilcabamba.

10)   Dr. Manuel Chávez Ballón was Machu Picchu’s most well-known resident archaeologist.
Born in the city of Puno on June 02, 1919, Dr. Manuel Chávez Ballón studied at Arequipa’s San Agustin University and at Lima’s prestigious San Marcos University (the oldest in the America’s). Later he achieved a PhD in teaching majoring in history and geography, before taking the title of Machu Picchu’s resident archaeologist (1966 – 1971). He later went on to open the workshop “Taller Inka,” where he taught Peruvian history. He died on June 12, 2000, in his workshop.

Now that you know some interesting facts about Machu Picchu, start planning your Inca Trail adventure with our helpful guide!