Located in the centre of Machu Picchu’s Urban Sector, the Temple of the Sun is one of the most iconic buildings within the ancient citadel. Constructed on top of a naturally formed rock and above the cave of the Royal Tomb, the structure is one of only a few buildings in the entire Inca Empire to feature a curved outer wall.

The Temple of the Sun has three windows, one facing to the north and two facing to the east direction. The northern window is the largest of the three and has a unique form cut into the stones at its base. There are also several carefully crafted small holes in the base stones too. A similar shaped window can also be found at the Temple of the Sun (Korikancha) in Cusco. According to ancient chronicles written after the conquest of Peru, large golden discs representing sacred symbols were mounted below the windows. The two smaller windows on the eastern side of the Temple are orientated to the winter solstice (June 21) and the summer solstice (Dec 22); which in the southern hemisphere are in reverse to those in the northern hemisphere.

There is damage to the rear of the northern window, which historians believe was most likely caused by a lighting strike. There is a theory that explains why this was the reason that Machu Picchu was abandoned, and not because of the Spanish conquest.

Inside the temple is the top of the natural rock upon which the Temple of the Sun sits. It fills most of the inner space, and has been carved with long flat sections for use as an altar.

It is worth noting that due to worries of the stability of the Temple of the Sun, general access to the interior of the temple and access steps is not permitted. 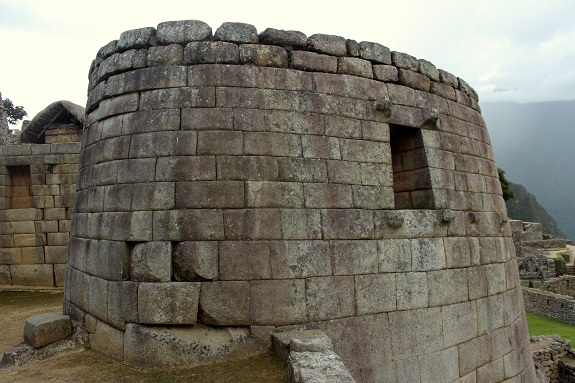 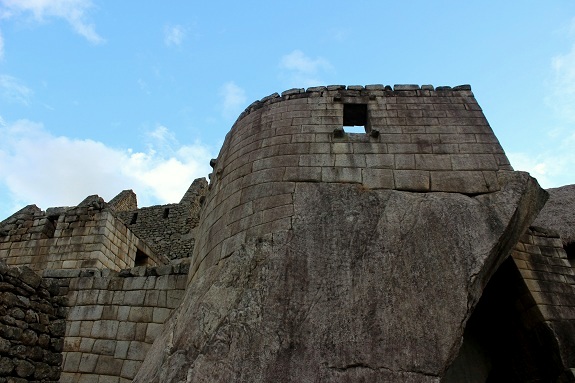 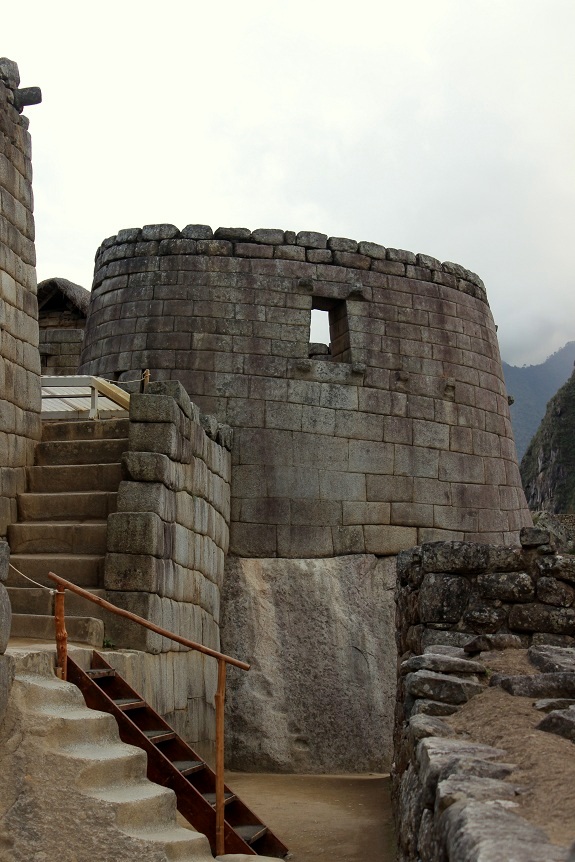