Located in the western side of Machu Picchu’s Urban Sector, the Intihuatana stone (also spelt Intiwatana) is a beautifully carved rock that the Incas may have used for astronomical purposes as well as spiritual and religious ceremonies. In Quechua the word Intihuatana translates as “hitching post of the sun,” but it is unknown where the origin of the term originates.

All the information you need to stay up to date
with COVID-19 (Coronavirus) in Peru.

Sat at the top of a large terraced pyramid, the Intihuatana Rock, carved insitu from one solid piece of granite is situated close to the Royal Plaza and is an iconic feature of Machu Picchu. Part of the base of the Intihuatana rock is formed with a stepped recess which would have been used as an altar for offerings and sacrifices. On the opposite side to the altar there is a mysterious protruding tab which points to magnetic north. The top of the rock is carved into a square with each of its corners marking the 4 cardinal points: north, east, south and west. The flat side of the square from north to east marks the winter solstice (June 21) and the side from east – south marks the summer solstice (December 22). At sunrise during winter solstice the sun light projects though the Intihuatana to produce a triangle of light which illuminates 2 strange concentric circles on the floor.

No one really knows for sure what the Intihuatana Stone was used for, some historians believe it was used as a sun dial, whilst others theorised its use as an astronomical observatory. Another theory was that the stone was a rock full of energy; a focal point of the positive energy at Machu Picchu and from the surrounding energy currents flowing into the rock. In the past, visitors to Machu Picchu would place there hands upon the stone to absorb the positive energy of the stone, but nowadays the stone is partitioned off from passing visitors with a permanent security guard watching over it.

Damage to the Intihuatana

On September 08, 2000, during the filming of a beer commercial the Intihuatana stone was irreparably damaged. The southern upper vertex of the stone was damaged when the arm of a crane fell upon it. The incident caused world-wide condemnation of the Peruvian Government, who held a worker of the INC (now Ministry of Culture) responsible for the damage after allowing the film crew to enter without the proper permissions. 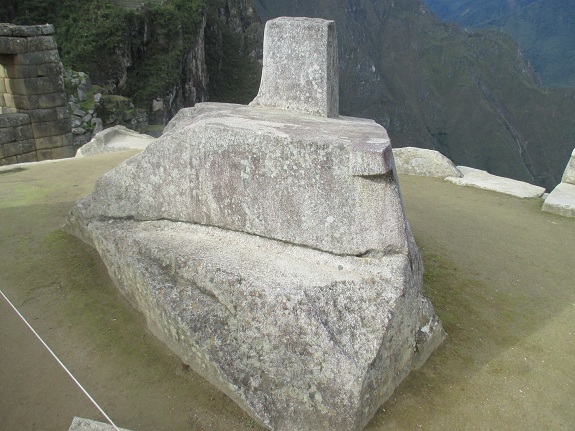 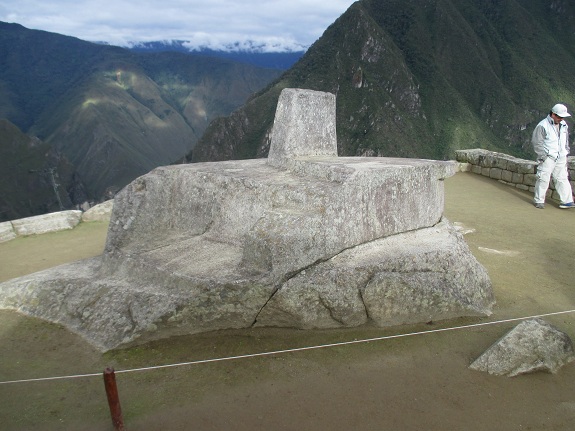 Book your flights today and travel on the safest travel company in Peru!