The Pachacuteq Monument (Monumento Pachacuteq) sits on a roundabout on Avenida del Sol, Cusco. The monument is actually a tower museum dedicated to this great Inca Pachacuteq Yupanki. A huge figure stands on top of this six story tower that looks over the Cusco region. The sculpture was created by Cusqueñan sculptor Fausto Espinoza Farfán. The sculpture stands at 11.5 meters (37.7ft) tall and weighs approximately 22 tons. The monument was planned to depict the figure of a person of Andean build with a mature face expressing strength and wisdom. His arms stretch out towards the north-east and north-west as if pointing to the heart of Imperial Cusco. 20 tons of silicon bronze were used to form 1,100 different pieces, which were put together like a jigsaw puzzle. It is designed to last 5,000 years in outdoor weather conditions.  The large figure was erected in 1991. 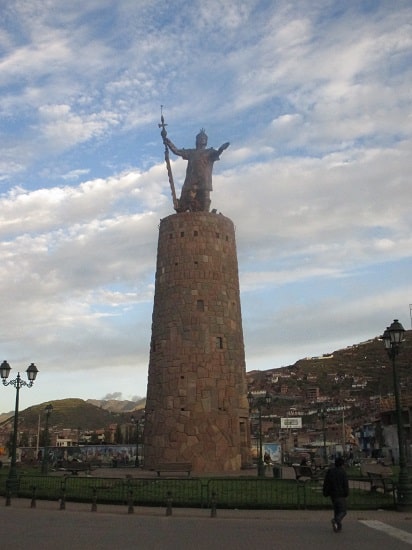 The monument is a dedication to the great Inca Pachacuteq, an emperor who built Cusco and expanded the Incas grip on the surrounding Sacred Valley. Inca Pachacuteq is believed to have been the greatest visionary, planner, strategist, reformer and organizer of his time. He is one of the most important figures in Peruvian history. He is said to be an icon of Peruvian identity. Without him Peruvian Andean history would have taken a different route.  It is said that on the morning of the inauguration of the Pachacuteq Monument in Cusco, three mysterious eagles flew above and three auspicious rainbows were seen in the sky, one above the other in the direction of the great glacial mountain Ausangate.  The thoughts rang through that the great Inca still lived on in hearts of Cusco today.

The tower museum is full of history. As you climb the stairs to the top to the Pachacuteq Monument you will be invited into a number of exhibits. Each floor delves into the past and story of this great Inca. The museum is panned out over seven floors. The ground floor has the ticket office and has some informative posters and displays on the construction of the Pachacuteq monument and museum.  Each floor gives the visitor a further insight into the Tawantinsuyo Empire (Quechua for Four Regions), how it grew and developed with the help of Inca Pachacuteq and how the great Inca has influenced the Cusco of today and its people. The displays show how the great Inca Pachacuteq Yapanaki came to power, the great deeds he did while in the position of power and eventually his death and continuity as a great leader. The last floor is called “Pachacuteq lives among us”. A lineage of Pachacuteq is on display to show how the Andean culture remains current in the Inca capital Cusco still today. 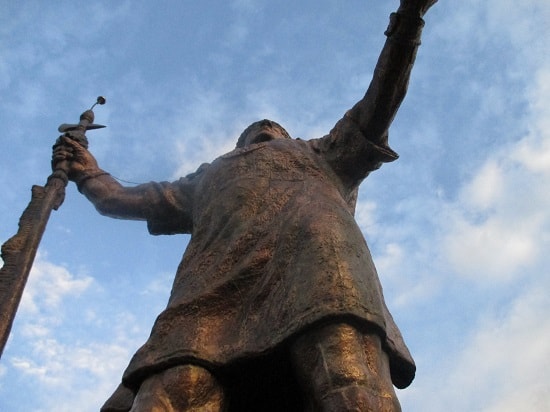 The Inca Pachacuteq Monument Soars Over the Visitor

As you step out into the open on the top floor you can’t help but instantly look up at the towering Inca above you and feel tiny. He’s so tall that you can hardly even see his head from the viewing platform.  He soars high above Cusco looking towards the historical grounds of Sacsayhuaman.  You can see how Cusco has changed and is still a growing city.  There are many building sites in view and new structures. You can see Avenida del Sol stretch out in front of you in both directions. A different Cusco to the one Pachacuteq knew. However, in all directions you can see we are still surrounded by lush green hills and countryside. 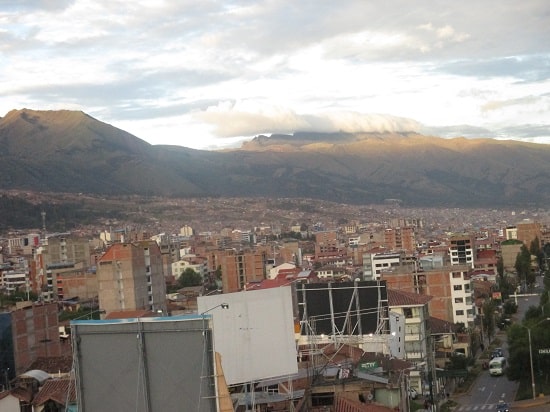 A Panoramic View from the Top of the Tower

I really enjoyed my visit to the Pachacuteq Monument. It gave me a great insight in to the story of the revered Inca and the Tawantinsuyo Empire. It gave me a greater understanding into why the people of Cusco and also Peru respect and admire this great leader. The displays in the museum are interesting and well translated into English. When you reach the top the visitor is spoiled with great views of Cusco and the surrounding countryside. It wasn’t that much of a clear day when I visited but I could still see for miles. If you’re interested in the Inca history and culture, a jaunt to the Pachacuteq Monument is a must do then.

Getting to the Pachacuteq Monument

The monument and tower museum is on Avenida del Sol. If you head away from town, down the main street Avenida del Sol it should take you approximately 15-20 minutes walking. You can opt to jump in a taxi from Plaza de Armas and you’ll reach the monument in about five minutes. A taxi should cost only S/4.

Entrance for tourists is with the Cusco Tourist Ticket (BTG), which can be bought at the Municipality of Cusco on Avenida del Sol or through travels agents.