Between the skirts of lofty mountains with peaks at over 5,000 meters (16,400 ft) lies the Sacred Valley of the Incas. Stretching from the town of Pisac in the east though to Machu Picchu in the far west, the Sacred Valley is over 100 kilometers (63 Miles) long. In Incan times was considered sacred because of the astronomical relation with the Milky Way which at certain times of the year arcs high above the valley. There are many Sacred Valley highlights located in and around the valley, offering some of the finest Inca ruins in the region. The vast agricultural terraces of Pisac, the large fortress of Ollantaytambo and the experimental deep circular terraces of Moray of to name but a few of the best places to visit. 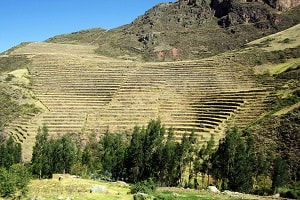 Towering high above the modern day town of Pisac are the ancient sprawling ruins, which consist of vast amounts of agricultural terracing and a small Incan village […read more] 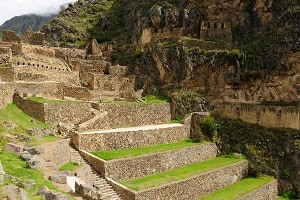 This impressive ruin built into the mountain side was one of the last strong holds for the Incas after the invasion of the Spanish nearly 500 years ago.  and ascending rapidly to the peak of the ruins […read more] 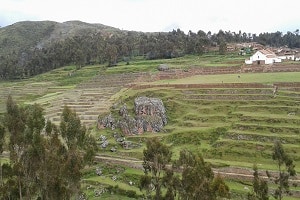 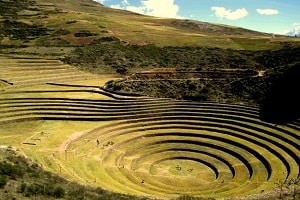 A lesser known Sacred Valley highlight is the ruin of Moray, situated 600 meters (1900 ft) above the Valley floor, 30 minutes south from the village of Urubamba […read more] 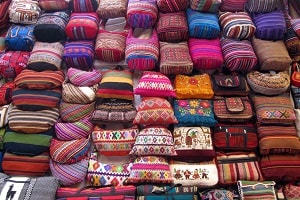 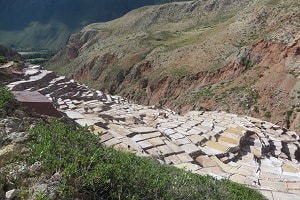 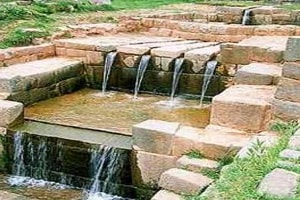 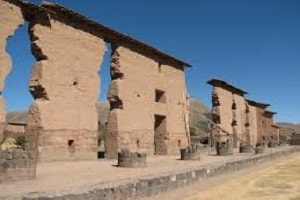 According to Inca and pre Inca mythology Wiracocha was the giver and creator of all things. See the temple dedicated to this great deity  […read more]